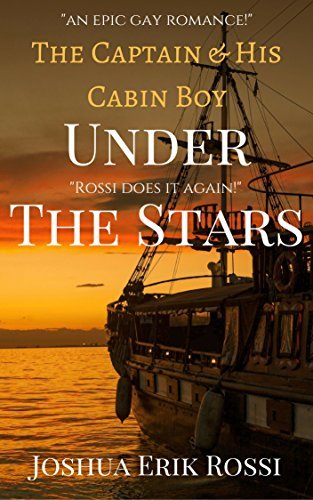 The Captain and His Cabin Boy: Under The Stars

Charlie Sinclair is a poor servant boy who's used and ignored. On an autumn afternoon in Yorktown, a single chance comes Charlie's way. He takes the risk. He stows away on a ship belonging to the Royal Navy, happy to leave his past behind him. In the dead of night the British flag is taken down, and the Jolly Roger is raised high on the foremast. Charlie realizes that he's boarded a pirate ship.