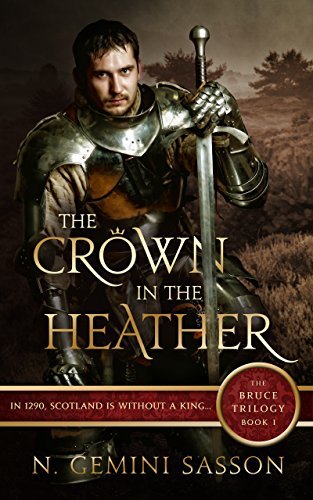 The Crown in the Heather

Robert the Bruce is in love with Elizabeth de Burgh, the daughter of an adherent of the ruthless Longshanks, King of England. In order to marry her and not give up his chances of someday becoming King of Scots, Robert must abandon his rebel ways and bide his time as Longshanks' vassal.