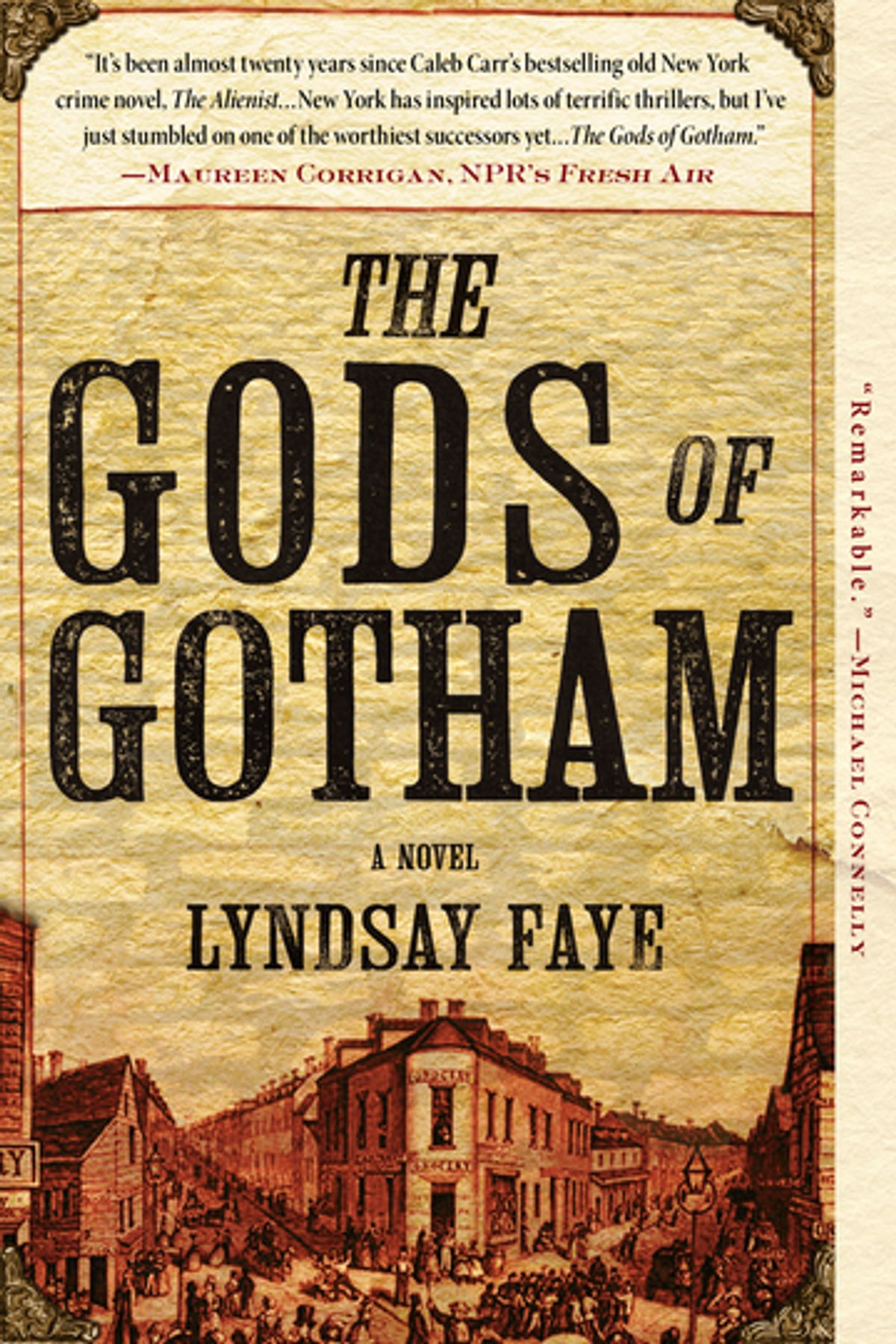 The Gods of Gotham

Returning exhausted from his rounds one night, police officer Timothy Wilde collides with a girl no more than ten years old… covered in blood. She claims that dozens of bodies are buried in the forest north of Twenty-Third Street. Timothy isn’t sure whether to believe her, but as the image of a brutal killer is slowly revealed and anti-Irish rage infects the city, the reluctant copper star is engaged in a battle that may cost him everything…