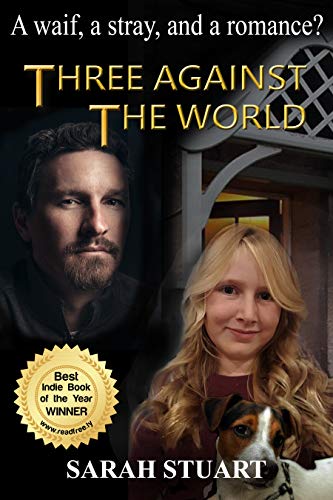 Three Against the World: A Waif, a Stray, and a Romance?

Redundancy gives Richard, a talented musician, the chance to pursue his dreams, but his fiancée, Bridget, publicly ditches him, making enemies of his friends. Next. his ex-wife, Naomi, dumps teenage Maria on his doorstep, claiming she’s his daughter. Scrapping freedom and dreams, Richard moves from the town where he’s lived all his life and takes Maria and an unwanted dog, Ben, to London with him. Can they find in each other the love they’ve been denied?