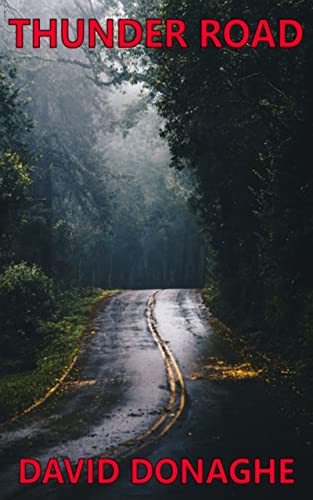 Mike McDonald, a Persian Gulf War vet, wakes up from a coma and can't remember his name. A burning white cauldron of anger boils inside him. Mike's friend and former pastor inform Mike that while he and his wife, Sharon, were on a vacation, riding their Honda Gold Wing, an outlaw motorcycle club known as The Lost Souls ambushed them. The Lost Souls abuse and kill Sharon and leave Mike for dead. Mike recovers from his injuries, regains his memories, and goes to war against The Lost Souls. Using, guns, knives, and homemade explosives, Mike attacks not just the LA chapter of The Lost Souls Motorcycle Club, but he also takes on their chapters in Las Vegas, Utah, and Idaho. In Green River, Wyoming, Mike hooks up with a friendly motorcycle club known as The Green River Boys and they help him with his war against The Lost Souls. The final battle takes place at a secluded cabin at the end of a lonely mountain road, known as Thunder Road.