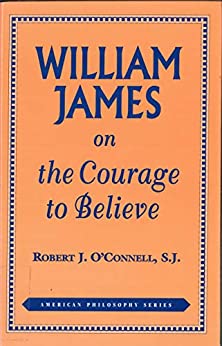 William James on the Courage to Believe

William James’ celebrated lecture on “The Will to Believe” has kindled spirited controversy since the day it was delivered. In this lively reappraisal of that controversy, Father O’Connell contributes some fresh contentions: that James’ argument should be viewed against his indebtedness to Pascal and Renouvier; that it works primarily to validate our “over-beliefs” ; and most surprising perhaps, that James envisages our “passional nature” as intervening, not after, but before and throughout, our intellectual weighing of the evidence for belief.