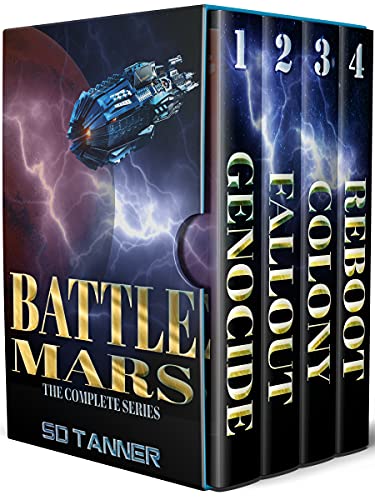 This omnibus edition of the Battle Mars series contains all four books: Genocide, Fallout, Colony and Reboot. Earth is a write off. Let's move to Mars. What could go wrong? Over 80% of life on Earth is stolen in four weeks, leaving 8 billion humans without food, water, or even viable soil. Weather patterns shift causing tornados, raging fires, and rapid freezing. The governments quickly collapse in every country and people are stranded with nowhere to run.