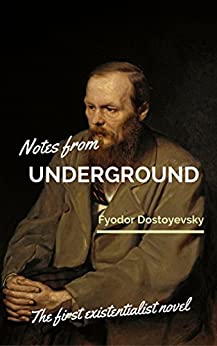 Often called the first existentialist work, Dostoyevsky’s 1864 Notes from Underground touches on many of the philosophical problems dealt with in the Russian master’s novels. The story is written in the form of a journal belonging to an unnamed man who withdrawn himself from society into an underground existence. The first part is a monologue in which the narrator philosophizes and then laughs at his ideas; the second part is a recounting of adventures from the narrator’s life, which exemplify some of the ideas propounded in the first part of the story.